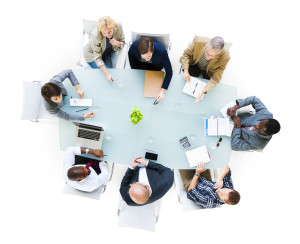 A colleague and I are helping a couple of local school districts implement continuous improvement in three areas: Facilities Maintenance, Nutrition Services, and Transportation.  (We and they call it a “Lean Implementation”, but it’s more focused on employee involvement and problem solving that on some of the classical lean methods that most manufacturers would be familiar with.)   Yesterday, I was on my way to a meeting of the Transportation Team, when I got a call from the manager letting me know that he would have to postpone the meeting because of some staffing issues.  The team had held a couple of meetings that I hadn’t been able to attend, so he updated me on those.

He mentioned that the team, in his words, hadn’t really worked on much “lean improvements” but had identified and tackled a number of issues relevant to the team’s mission (getting the right kids on the right bus and delivering them to the right place each day, every day).  I interrupted him to tell him that’s exactly what the team should be doing and that such conversation was at the very heart of any “lean initiative”.

One of the problems I’ve seen with “lean” is that managers (and, too often, practitioners) see it as a collection of arcane tools and methods that are implemented  with “big bang” events (“We’re going to conduct a KAIZEN BLITZ!) that will make significant, substantial, and immediate change to the work and how it’s carried out.  This view (which, yes, even my client had developed and for which I hold myself responsible) serves as an impediment to improvement of operations.  If teams and departments derogate their own improvement discussions, thinking that they aren’t worthy of being considered to be enhancing the overall “lean initiative”, they won’t hold such discussions for long.

The heart and soul of lean or total quality management or continuous improvement or whatever you want to call it is the small, daily conversations among team members, colleagues, supervisors and operators (and on and on) that lead to small, daily improvements in operations.  During a recent visit to another client that’s effectively implementing work place organization, a supervisor showed me the results of an idea that one of his operators had passed onto him.  The idea involved moving the storage location of some components closer to where they were being made.  Once implemented, that idea has led to less transportation and movement, and made the original storage space available for materials that had previously had no designated location.  For myself, I was pleased that such work as I had done with that client had opened up space for such conversations, which are far more valuable to the organization than anything I might think of.

Big changes are fine and often needed.  But it’s the day-to-day conversations and ideas that will sustain the initiative over time.