How To Use Lean Teams

Last week, I conducted a workshop for a past client for one of its lean teams.  The work reminded me of the things organizations do right and the things they do wrong when establishing and utilizing lean teams.

What companies do right 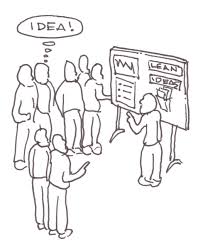 problem solving and substantial and well documented.  As we all know, however, regular use of employee teams is rare, especially in small companies.  Companies that actually establish employee teams are taking that essential first step.

What companies do wrong

I know…that was a pretty short list of what companies do right.  I just wanted to be sure to give props to any company that regularly uses lean teams.  The fact is that effectively using employee teams isn’t easy, so those that make the effort are to be commended.  That said, there is a myriad of things companies can get wrong and those things can undermine the success of teams.

Team isn’t given a clear mission/charter.

This is perhaps the manner in which teams are most frequently shortchanged by their sponsing organizations.  Each team needs clear direction.  The team can be given a clear charter or it can develop one for itself but no team should be allowed to proceed beyond its first meeting or two before spending some serious time on this. Even when the team is given a mission/charter by management, the team needs to review and discuss it to assure that it actually understands it.  Sometimes management itself isn’t really clear as to what it wants from the team.  It’s important that the team makes sure its path is clear.

The team needs to be given the authority to make things happen.  Too often, management establishes a team, gives it a project, then pretty much ignores the team’s proposals and suggestions.  Providing a team with authority to get things done doesn’t mean giving it carte blanch to spend money and give orders.  And it doesn’t mean that the team won’t be expected to communicate its ideas and recommendations to others.  Even CEO’s need to discuss their ideas with others.  It does mean that management needs to be predisposed to approving team recommendations and certainly needs to convey to the rest of the organization that the team is a proxy for leadership with respect to its specific charter.

If teams aren’t expected to provide value, there is no reason to establish teams.  If teams aren’t held accountable for results, you’ll just be wasting everyone’s time.  And, trust me, failure to hold teams accountable for results is frustrating to the teams themselves.  they’ll take it as a signal that the company doesn’t really consider their efforts to be serious contributions to the enteprise. 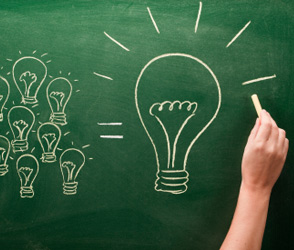 Whenever I’m involved in kicking a team off at a client, I insist on a team launch.  Part of the launch is used to develop a charter (or review the charter that’s given to the team).  The other part of the launch is devoted to providing instruction in one or another of the basic team problem solving models that are available, e.g., Six Step, 8D, DMAIC, etc.  Team members benefit from instruction in group methods like brainstorming and fishboning.  Teams need a foundation of problem solving and “management of agreement” tools or they’ll devolve into the morass of endless debate and discussion that plagues most committees.

Hundreds of books have been written about employee teams and how to make them successful.  Pay attention to these four factors and you’ll enhance the chances for success for your teams.